A personal survivor of domestic abuse, Alice has not only received extensive training on the cycle and types of abuse and the impacts it has on those involved, she has experienced the effects firsthand.  Driven by her past experience, Alice is committed to helping young people avoid violent and abusive situations by educating them about establishing healthy relationships according to God’s plan.

Inspired by her personal experience, Alice’s short story, “The Sun Will Shine” was included in The Story of Your Life:  Inspiring Stories of God at Work in People Just like You by Matthew West and Angela Thomas.  Her story was also the inspiration behind the song, “Into the Light”, the title track on Matthew West’s Grammy nominated album.  You can hear Alice’s story on the Into the Light with Matthew West DVD, which has aired on JC-TV.  Alice’s song and story was also featured on This is the Day on Moody Radio to help promote the release of Forgiveness:  Overcoming the Impossible by Matthew West, which includes a chapter on Alice’s journey to forgiveness.

She has presented workshops on dating violence at the To Heal a Heart Family Violence Conference hosted by the Moody Church and the Ignite Shout Youth Leadership Conference.  Alice has also partnered with Trinity Christian College in Palos Heights, IL to offer service opportunities and conducted workshops for students.  Her goal is to educate students, teachers, youth workers, churches and parents on how to prevent today’s youth from experiencing destructive relationships.

Alice received a MS in Applied Economics from Purdue University and a BS in both Applied Economics and Mathematics from Kansas State University.  For the past 14 years, Alice has worked as an econometrician, consulting for companies such as Dell, McDonalds, American Express, AbbVie and Child Fund International.

She is the single mother of two beautiful boys and currently lives in Lake Forest, Illinois.  In her spare time she enjoys coaching her son’s basketball team, watching college sports, walking, reading, riding the Batman at Six Flags, and spending time with her horse Ermosa. 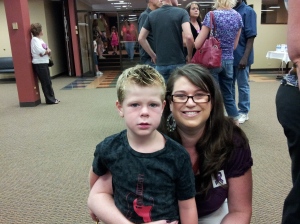 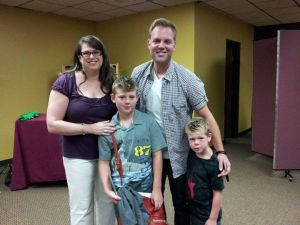